Skip to content
The United States of America celebrated its 241st birthday on July Fourth, 2017. The July 4th marks the anniversary of the country’s independence from the British Rule. Yea, the Britishers did rule the world’s most powerful country, but it was way back in 1776.

July Fourth is celebrated as the national holiday, as the US rejoices even after 241 years after its freedom from Britishers. 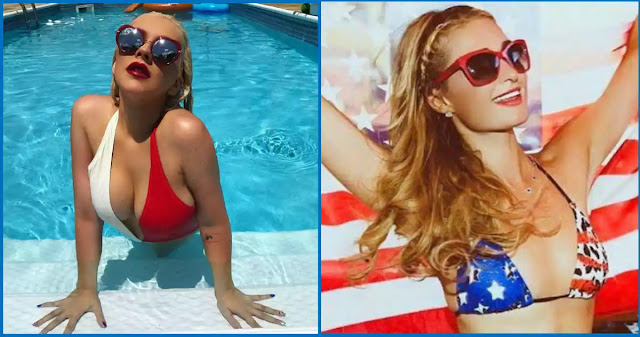 From an ordinary person to biggest celebrities, everyone parties on this day with proper festivities, as everyone knows the importance of the day. Stars like Christina Aguilera, Halle Berry to Miley Cyrus and Paris Hilton celebrated 2017’s July Fourth in the best patriotic way possible. And just like you and me, these stars shared their happiest moment of the day in photographs with their fans. 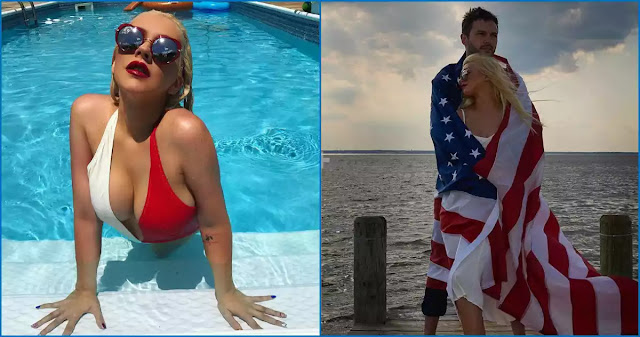 Christina Aguilera, married to Matthew Rutler was all in her wild moods as she celebrated the US Independence day inside a pool in a skimpy bikini.

After sharing this post on her official Twitter handle, the 36-year-old, Paris Hilton was spotted in all American flag gown at the party in Ibiza with her boyfriend, Chris Zylka.

The Canadian-American author of a cookbook, Ayesha Curry is married to American professional basketball player, Stephen Curry. Both of them celebrated this US Independence Day on a yacht in the middle of the sea.

Powerful and emotional day for me and my family at the National Center for Civil and Human Rights in Atlanta, GA. Took a long moment here and closed my eyes while the church hymns played thru the speakers paying respect to these four beautiful little girls who were killed by falling rubble after a bomb exploded at the 16th Street Baptist Church in Birmingham, Alabama in 1963. Couldn’t help but shed a tear thinking about my own young daughters and how I live to provide for and protect them. It’s how we all feel about our babies. Provide, educate, protect and love. Celebrating our country’s independence I wanted to dig a bit deeper to gain more knowledge/perspective on our history. Really grateful I did. Enjoy your families today. ??
A post shared by therock (@therock) on Jul 4, 2017 at 2:09pm PDT

Like everyone else in the town of glamour, Tyra Banks flaunted her curves with an iconic American hat and flags on her hands. The lady in shape is currently hosting the show America’s Got Talent.

I may not be American, but if you know me – you know I love a celebration especially when it means coordinating outfits, eating burgers and basking in the sun! Happy 4th!!! What’s your favorite holiday?! #fourthofjuly #canada150 ???? #ShaycationMykonos
A post shared by Shay Mitchell (@shaymitchell) on Jul 4, 2017 at 10:59am PDT

Shay, actress, model, entrepreneur, author and what not. She celebrated this Independence Day on a mysterious island with her friends. She even mentioned in the caption, ‘I’m not in America.