We are all waiting for the epic encounter between the arch-rivals India and Pakistan  on 4th June 2017, in ICC Champions Trophy. It can be easily said that India vs Pakistan is one of the greatest rivalries in the sport, and every time these two nations play against each other, cricket fans, not only in India and Pakistan, but across the world, take great interest in the match. And we are hoping that this time will be no different.

It is true that India’s record is ICC tournaments is much better as compared to Pakistan. But, overall, in ODIs, the boys in green have an edge.

Having said that, when India and Pakistan head into the much-awaited clash, past records will have very little effect on cricketers from both camps as they will be motivated to do well and win the match for their fans and country. 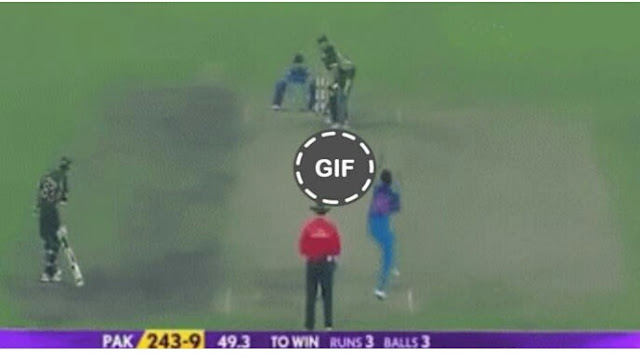 In this post, TonkeePonkee and Hashtagcricket list some of the most memorable moments of ‘India vs Pakistan’ through GIFs.


NOTE: Please click/tap on GIFs if they don’t play automatically

#1 Amir Sohail was acting too cool.

#2 One of the most nail-bitting finishes in India vs Pakistan history. Shahid Afridi kept his cool and smashed one of the most memorable sixes of his career off Ravichandran Ashwin’s bowling.

#3 Moving from cool to hot, this verbal fight between Gautam Gambhir and Shahid Afridi is one of the most famous (infamous?) India vs Pakistan moments.

#4 And, this is arguably the best yorker we have ever seen!

#5 And that wasn’t the only time Gautam Gambhir lost his cool. This angry young man from Delhi doesn’t believe in holding back. And Kamran was up for it, too.

#6 And, last but not the least, Harbhajan Singh finished it off in style and made sure that Shoaib ‘The Rawalpindi Express’ Akhtar knew about it.

It started with this!

#7 But when it comes too being cool, Javed is Mian-DAD!

#8 Now, let’s take a look at some of the most exciting finishes between India and Pakistan.

When Javed Miandad broke billions of hearts in India by smashing a six off the last ball.

#9 And, in 2007, when Misbah ‘mis-scooped’ one off Joginder Sharma’s bowling, Indian cricket fans celebrated like never before! The World T20 Champions.

#10 Talking about ‘being cool’, how can we not name this legend. Very few people can step out to a quality spinner like Saqlain Mushtaq on 294 and smash a gigantic six. Well, Virender Sehwag did. And did it in style. #MultanKaSultan

But, in the end, #AmanKiAsha is all we need.